Nigeria has a large population. In recent years, the economy has developed rapidly and the automobile market has great potential. Given Nigeria's road, population and ability to pay, Nigeria is considered to be Africa's largest potential automotive market. 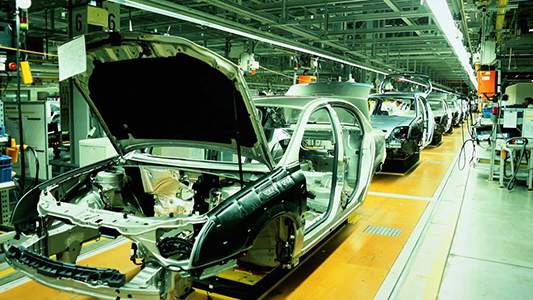 Since Nigeria does not have its own national auto industry, its auto market is mainly composed of two parts: one is that foreign auto companies invest in Nepal to assemble parts or produce cars; the other is to import cars from abroad, including new and used cars.

The Nigerian economy has maintained rapid growth in recent years, and the import volume of automobiles has gradually increased. However, due to the restriction of the income level of domestic residents, imported cars are mainly used cars. According to the statistics of the Nigerian Automobile Commission, the total number of Nigerian cars is about 5 million, most of which are used cars imported from abroad, mainly from developed regions such as the United States, the European Union and Japan. In particular, the used cars in the United States are large in scale and low in price. The car is in good condition, and the import volume accounts for about 60% of the total used car imports. At present, the demand for new cars in Nigeria is about 75,000 vehicles/year, while the demand for used cars exceeds 150,000 vehicles/year, accounting for 2/3 of the total demand. Nigeria’s second-hand car imports will increase further as the Nigerian government loosens restrictions on the age of used car imports.

According to the Nigerian Automobile Commission, Japanese cars have a prominent position in the Nigerian market, with a market share of nearly 60% in luxury cars, economy cars and SUVs. Among them, Toyota has maintained its position as the largest brand in the Nigerian market for many years; Honda, Nissan, Mitsubishi and other brands also have a high reputation and a certain market share in Nigeria; there are also a large number of Japanese brands of used cars exported from the United States and Europe to the Nigerian market. , favored by Nigerian consumers. The reason is that Japanese cars entered the Nigerian market earlier and took the lead in occupying a larger market share. Second, Japanese cars have excellent performance and good quality. Compared with the United States and Germany, the fuel consumption is lower and the economy is better. Thirdly, Japanese autos have established a comprehensive after-sales service system in Nepal, with lower maintenance and repair costs, and are more attractive to Nepalese consumers whose income level is not high.

In terms of commercial vehicles, due to the underdeveloped rail transportation in Nigeria, more than 80% of cargo transportation and large numbers of people rely on roads. Nigeria has become the most important destination for passenger cars, trucks and accessories in Africa, and is expected to usher in rapid growth. At present, American-branded trucks such as the Mack brand are selling well in Nigeria due to their load-bearing performance and durability, and more than 70% of them are used trucks. Small passenger cars and trucks produced locally in Nigeria also occupy a certain market share due to their low price.

Chinese cars are welcomed in the Nigerian market

Due to the great potential of the Nigerian auto market, in recent years, China's auto industry has increased its efforts to develop the niche market.

Nigeria is the first country in which GAC has entered the African market. It has two dealership stores. In December 2014, the first Guangzhou Automobile Chuanqi 4S store in Lagos, the commercial center of Nigeria, officially opened. GAC Chuanqi has introduced GA3, GA3S, GS5, GS5 Super, GS4 and other models, and has been highly recognized by the local market and consumers. In 2016, it ranked first among all Chinese brand passenger car exports.

In addition, commercial vehicles produced in China also have a large market in Africa. China's Jinbei sea lion light passenger car sales in Nigeria is also very good. At present, the African light commercial vehicle market is dominated by Japan's Toyota, Nissan and Mazda, while the truck market is dominated by Ster, Mercedes and Volvo. However, the price of commercial vehicles in China is only half or even 1/3 of that of similar products in Europe and America, which is very suitable for the needs of the low-end market in Africa.

The China-Africa Trade Research Center analyzed that as the largest economy in Africa, Nigeria is located along the “Belt and Road”. Along with its strong economic development and growing demand from the middle class, the rise in car sales has soared to new heights. Since the implementation of the National Automotive Industry Ten-Year Development Plan (NAIDP2014-2024), Nigeria's domestic assembly plants have shown a sharp rebound. The government has issued licenses to some new assembly plants. In January 2015, the number of assembly plants in Nigeria exceeded 40. Home, and almost all in operation. The Nigerian government has introduced a number of incentives to encourage OEMs in local assembly plants. For example, the import duty on imported bulk parts is reduced to 0%, the import tax on chassis parts of semi-bulk components is reduced to 5%-10%, and tariffs on imported off-road vehicles are increased. Wait, it is good news for China's auto parts export enterprises.